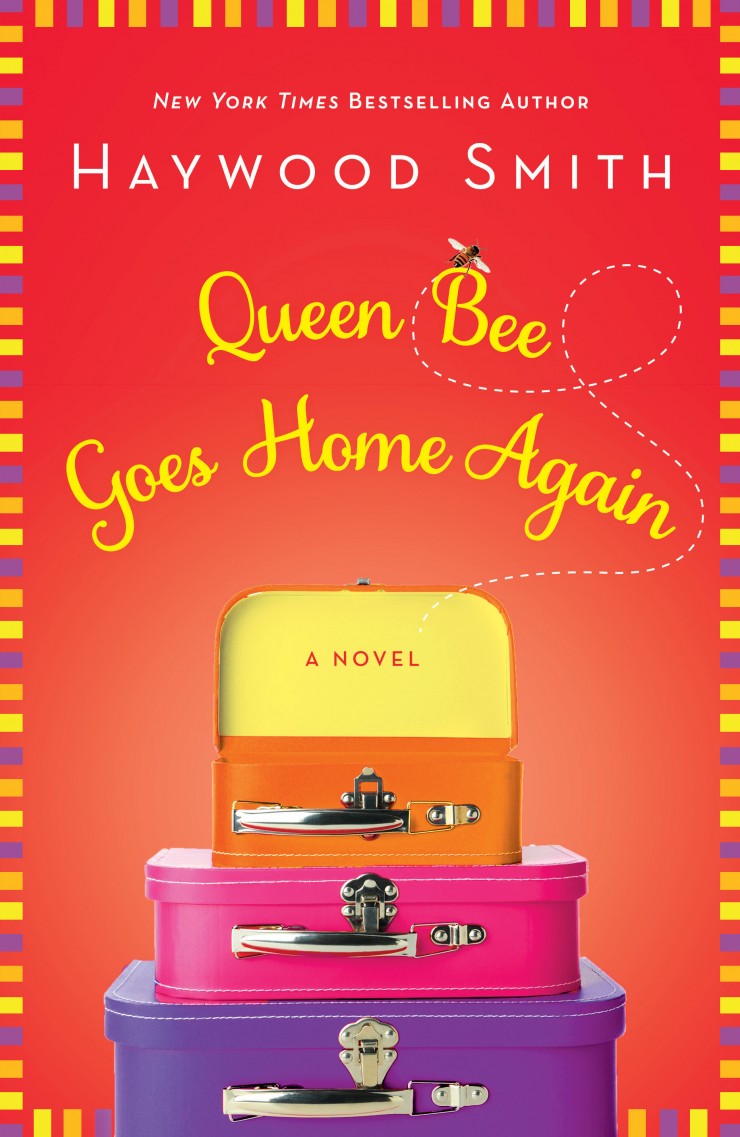 In Queen Bee Goes Home Again by bestselling author Haywood Smith, it’s been ten years since Linwood Scott had to move back home to Mimosa Branch, Georgia the first time. Now, with her work in real estate at a stand-still because of the economy, and her ex-husband and his alimony payments (and his former stripper-current wife) nowhere to be seen, Linwood finds herself back in the place she’d never thought she’d be: the garage apartment next to her mother Mamie’s mansion. But this time around things are different. It’s not just Linwood that’s ten years older. Her uncle and father are living in a home, and Mamie is working hard to take care of everything on her own (while still bossing around her nearest and dearest). Linwood’s brother has cleaned up his act and turned over a new leaf. And there’s a new Baptist preacher in town…who also happens to be handsome and divorced. While Linwood reconnects with Mimosa Branch and works to figure out what her next step will be, its family, love, and a sense of humor that will help guide her through the unpredictable turns her life has taken.