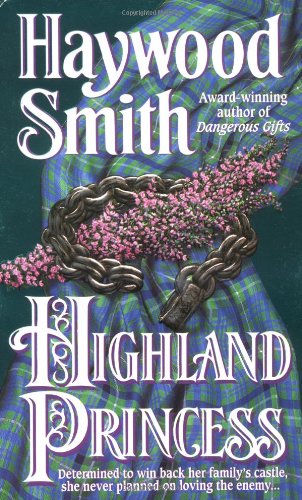 Bastard son of English father and Scots mother, Duncan Maxwell is as untamed as the Scottish borderland he defends. Proud and stubborn, he had a fierce hatred for his father’s kin, but with seven motherless children to feed, he can’t afford to turn away the half-drowned English woman brought to his doorstep. her fine rings and clothes tell this powerful, fearsome warrior that she will ransom well. He doesn’t expect this tart, no-nonsense female to take over his household, open her arms to his children, and duel warring emotions within his own heart.

Catherine Armstrong survives a murderous plot and shipwreck only to become hostage to the notorious Black Bastard of the Scottish Western March, a legendary outlaw who makes no secret of his hatred for anything English. She’s determined to protect her family from extortion, but her handsome, compelling captor awakens the passion she has so long denied. Despite the whispers that he brings doom to any woman who dares to love him, Duncan Maxwell captures her heart. Yet Duncan is ruled by dangerous torment, and obsessed with the past she has unwittingly brought back into his life. But in this turbulent country where passion rages as wild as the wind over the moors, land and love are meant to be fought for..and won.

“Suspicions, treachery, betrayal and high adventure abound in this unique romance between a proud knight and a warrior princess, Ms. Smith portrays the violence of the times with an unflinching eye, which may distress gentle readers, but will awe those who savor rich and accurate historical novels.” — Romantic Times – Kathe Robin