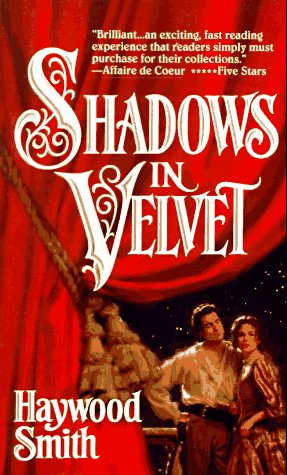 A love conceived against all odds…darkened by a legacy of intrigue and betrayal.

A simple convent life was orphan Annique’s whole world, until she learned of her noble blood…and her fate. Now, she must enter the gilded decadence of the French court as bride to Philippe, Duc de Corbay– a man of mystery and secrets, and a legendary lover.

Philippe, embittered by his father’s tyranny and this unwanted marriage, is left breathless by the country girl’s luminous beauty and the wild passion it conceals. But Annique, about to open her guarded heart to him, is shattered by a secret from Philippe’s past that could embroil them both in a treacherous uprising.

Together, from the opulence and pageantry of the court to the intimate shadows of the bedchamber, they will face the power and cunning of the highest princess in the land—and the hand of fate that may destroy a love as tumultuous as its times

“French civil unrest in the mid-17th century is interwoven with a complex love story in this intelligent, accomplished debut historical romance. An orphan raised in a convent, Anne-Marie de Bourbon-Corbay finds herself ill-prepared for the elegantly corrupt world she is thrown into by an arranged marriage to her cousin, Philippe. As a result of his recently ended affair with an ambitious princess, Philippe and Anne-Marie find themselves in the middle of deadly civil disturbances that pit nobles, clerics and commoners against the autocratic regency of Cardinal Mazarin and Anne of Austria. Anne-Marie’s maturation, Philippe’s coming to terms with his long-buried emotions and the revelation of family secrets make for an explosive tension that leaves the happy ending in doubt until the last minute. Rich in history, romance and fine narrative drive, this is an impressive debut that explores new territory for readers who may be growing a little tired of the usual plots and settings.” Copyright 1996 Reed Business Information, Inc.

“A rich, engrossing tale filled with wonderful characters and detail. I enjoyed it tremendously!”

“Brilliant…an exciting, fast reading experience that readers simply must purchase for their collections.”

“Annique, convent raised, is told that she will marry the Duke de Corbay, and later she is sent to Maison d’Harcourt where she meets her future husband. Phillippe Corbay secretly meets with the Great Mademoiselle to end their affair because he is to be married. Politically, the affair is dangerous for him because he is a Captain of the Queen’s Guard and the Princess provides the financial backing that supports the Fronde, a rebellion aimed to replace the Spanish Queen as Regent. Phillippe is introduced to his betrothed by his father, who calls her Anne-Marie de Bourbon- Corbay. At a ball in their honor, the Great Mademoiselle makes an appearance and Annique can see that there is something between Phillippe and the Princess. Annique and Phillippe marry and he gently introduces her to the shared pleasures between a man and his wife. But when she wakes up, she hears voices in the hall. She investigates, and sees Phillippe leave with men dressed in the Princess’s livery. Annique is devastated and confronts Phillippe when he returns, but the door has been opened to mistrust. The fighting begins, and at the Princess’s insistence but against her will, Anne-Marie becomes a lady in waiting. Anne-Marie begins to understand the cause for which the Great Mademoiselle is fighting, and to save the Princess’s life, Anne-Marie shields the Princess with her body and is hit by an arrow. Phillippe and his servants mend her wounds and they escape Paris. On route, Anne-Marie almost dies, but not from her injuries, and Phillippe is bitter and angry that she never told him about her condition. Slowly they begin to rebuild their life and trust each other again. Phillippe’s father clears the way for their return to Paris. They stop at the convent where Anne-Marie once lived and there she learns the whole truth about herself, and who was behind her parents death and why. Once again she feels betrayed by Phillippe yet their love for each other remains strong and intact. Phillippe has declared his love for her, but it is now up to Anne-Marie whether or not they will resume their married life. Anne-Marie makes her decision, but now it is up to God and Phillippe’s knowledge and determination as he attempts to save Annique who may not survive childbirth.Shadows In Velvet is a terrific historical romance! Ms. Smith brings to life the French Court and the rebellion of Paris as no one else can! Haywood Smith writes with accurate historical knowledge that makes Shadows In Velvet a wonderful story! A delightful and entertaining way to learn history …and experience romance at it’s best! Ms. Smith certainly knows how to please her audience! Ms. Smith is a superb historical romance author! Her book will fascinate you!” Gloria Miller — Copyright © 1994-97 Literary Times, Inc. All rights reserved.